The study “Reproductive Hormones and Interleukin-6 in Serious Leisure Male Athletes” done by UCLA School of Nursing and published in the European Journal of Applied Physiology had found out that the reproductive health of the serious male cyclists could be affected and they may experience hormonal imbalances.

Till now, various studies have shown the positive effects of long-term exercise on health; since moderate exercise has the ability to enhance the cardiovascular and metabolic functions and not to mention, reducing the body fat. In fact, studies have also shown that the neuroendocrine system and the reproductive health can be adversely affected by the ultra-endurance levels of exercise.

The correlation between the intensity of the exercise and the circulating levels of reproductive hormones has been studied by the UCLA taking two specific groups in question – serious leisure athletes and recreational athletes – consisting of 107 healthy male study subjects and by dividing them into small groups, i.e., 16 tri-athletes, 46 cyclists and 45 recreational athletes.

The participants were given to complete the ‘International Physical Assessment Questionnaire’ in order to provide an overall estimate of the time they spent participating in different levels of physical activity and inactivity during the previous week. After that, their blood samples were taken to measure their total hormones – testosterone, estradiol, cortisol, interleukin-6 – among other hormones.

An assistant professor at the UCLA School of Nursing, Leah FitzGerald, plus a principal investigator and a senior author of the study, has said that the finding of ‘the levels of plasma estradiol and testosterone were significantly elevated in serious leisure male cyclists’ were not previously reported in any type of male athlete. As far as study goes, plasma estradiol concentrations were found to be two times higher in the cyclists as compared to the tri-athletes and recreational athletes. Compared to the recreational athletes, the levels of testosterone were also found to be 50% higher in the cyclists.

A form of estrogen, estradiol, is produced as an active metabolic product of testosterone in males bit if estradiol elevates, then it may lead to gynecomastia (condition resulting in loss of public hair and enlarged breast tissue).

Though FitzGerald had said that these findings may be in the preliminary stages, but it is still enough to suggest further investigation for determining whether specific types of exercises may be in correlation with altered sex-hormone levels in men in which general health and reproductive well being could be affected.

However, one of the most interesting findings is that of the use of ‘chamois cream’ by cyclists, which when applied to the perineum area helps to prevent chaffing, bacterial infections which are related to bicycle saddle sores. But many commercial creams contains a variety of ingredients – lubricants, polymers and oils, parabens – which weakens estrogen agonists as they are anti-microbial preservatives.

Compared with 10 percent of tri-athletes, in the study, only 48.5% of cyclists reported using the ‘chamois cream’ and it has found a link between an increase in the levels of estrogen along with the increasing years of use of the chamois cream for more than four years by the male cyclists. But, according to the researchers, no direct cause and effect has been found at this point of time.

The study was funded by the UCLA School of Nursing, the UCLA General Clinical Research Center and the Kaiser Foundation. Other authors of the study include Wendie A. Robbins, also of the UCLA School of Nursing, and James S. Kesner, of the division of applied research and technology at the Centers for Disease Control and Prevention’s National Institute for Occupational Safety and Health. 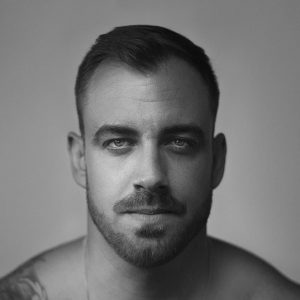